The Sacrificial Lily: Fiery Flower of
the Heart

Fiery Flower of the Heart 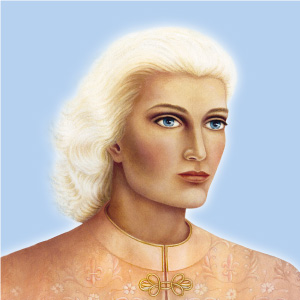 I AM the Eternal Youth. Lo, I unfold my name out of the fiery flower of the heart, even the full beauty of the sacrificial lily.

How beautiful is the one who is become the Buddha! Thus, in him I AM well pleased. 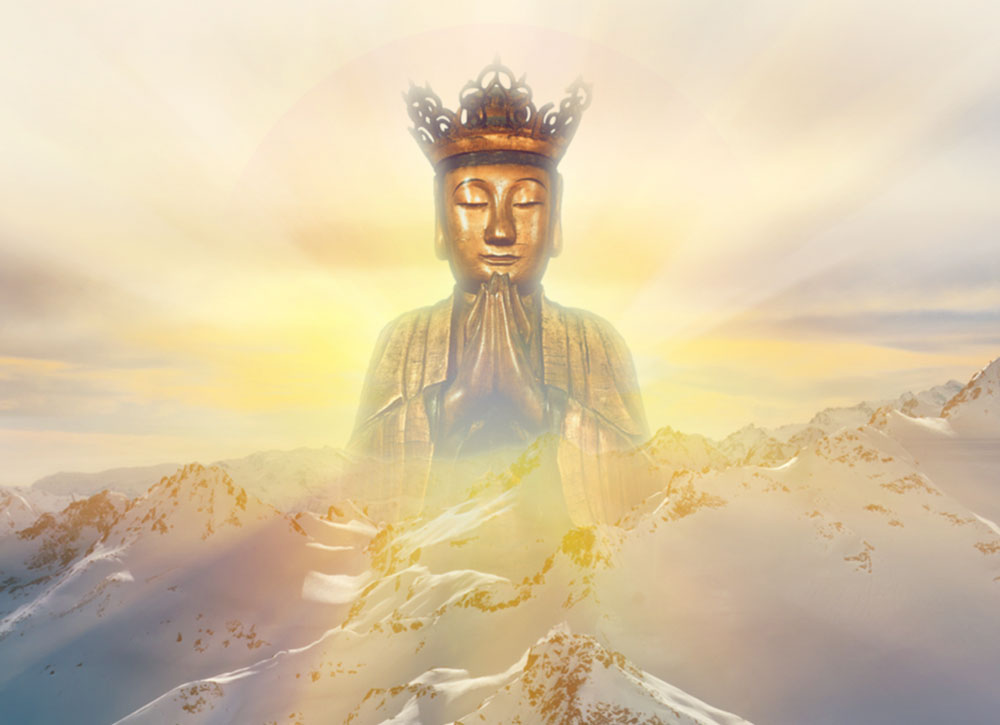 And I sponsor the saint within you and among you who would be content to be the purest, fairest flower of them all—unseen, unnoticed—yet, in the full intensity of the progression of cosmic cycles, preparing for the hour of the crucifixion, then appearing as the most beautiful of all of the flowers in the land.

None more beautiful has arisen to grace the tomb where Christ is laid, O blessed hearts.

Thus, elemental life—knowing that the avatara is working out the cosmic formula of being for each part of life—comes gladly to be his glory. 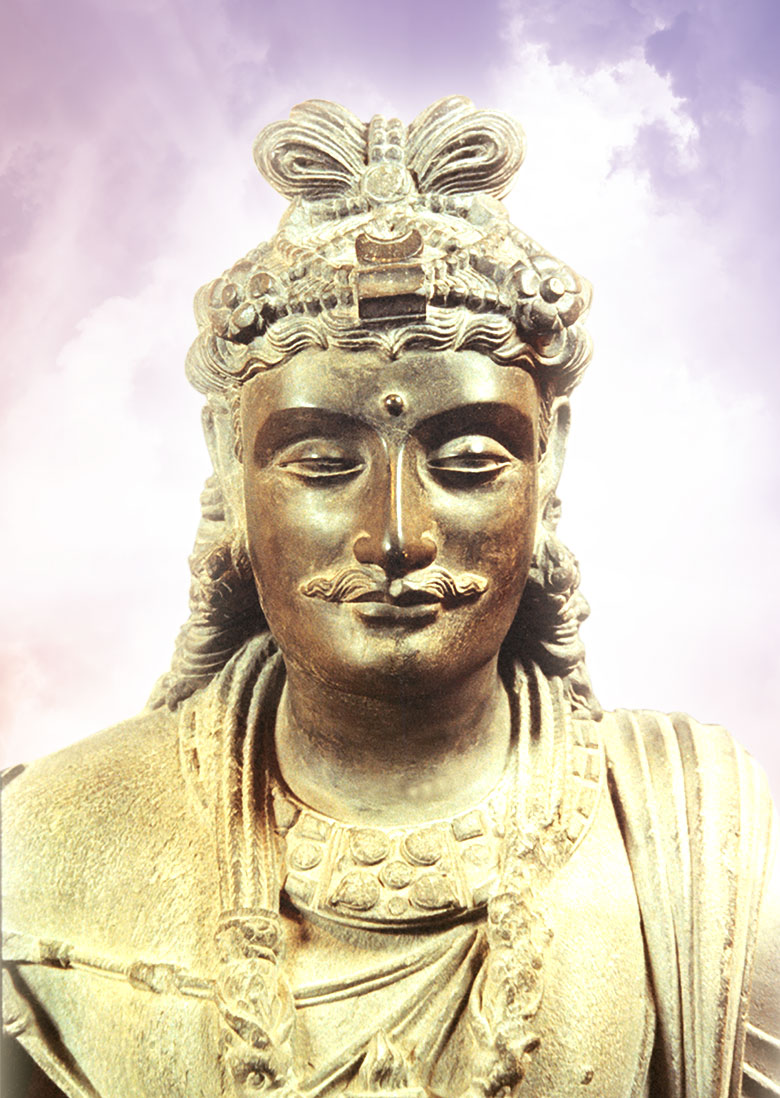 I love thee!
I love but thee
With a love that shall not die
Till the sun grow cold
And the earth grow old
And the leaves of the Judgment Book unfold.

’Tis the vow, the inner vow,
Of bodhisattvas who come
To lay the lily
At the feet of the blessed Mother. 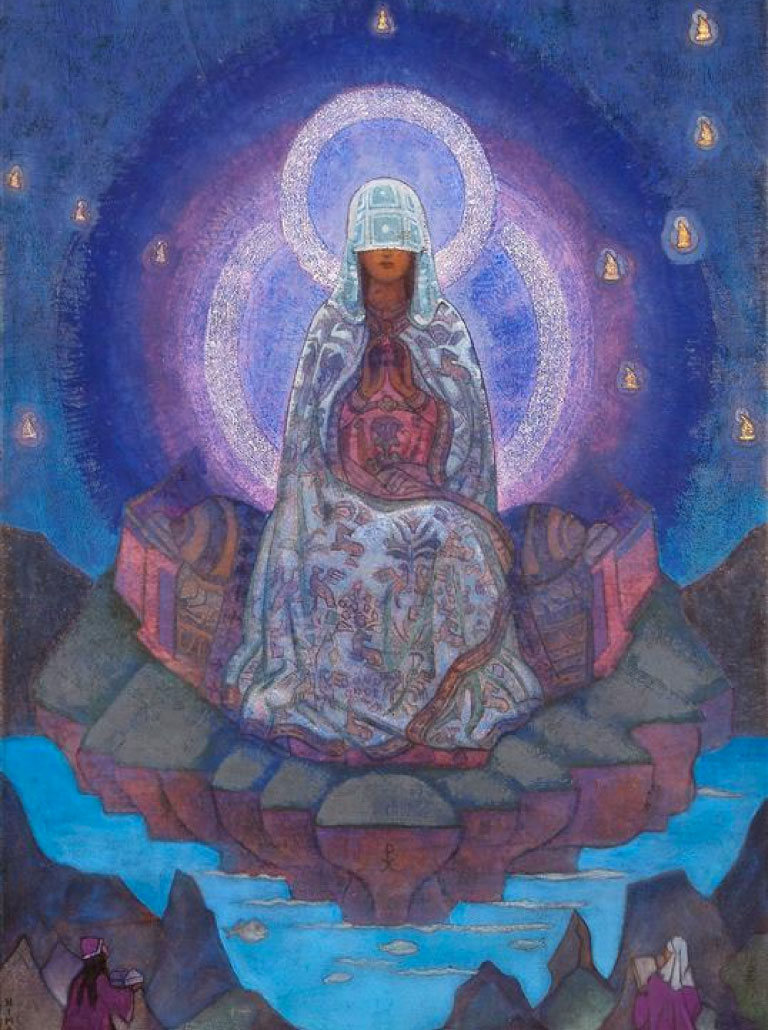 I love thee!
I love but thee
With a love that shall not die
But live and give itself
Forever and forever
As the gold-and-white calla lily
Of thy life within me
Which I raise up
The Beautiful One
The Compassionate One.
O Mother, I would be
The Buddha where thou art.

Thus, the saints of East and West position themselves in grids and forcefields round and round the mystical body of earth as the golden ratio proceeds from the heart center to the vast beyond—each saint carrying the lily of the saint, the bearer of the torch of Mother flame.

Did you know, dear heart, the calla lily is the adornment of the Mother and the sign embroidered upon her banner?

See how this chosen one who has chosen to be first among elementals, first among the devas of the calla lily, has come to set the sign of the banner, that busy hands might embroider it—and, in so doing, embroider it upon their own vestment as priests and priestesses come again of Lemuria. It is the Lemurian lily.

Thus, you see, six petals out of the East and out of the West become this beautiful flame.

Both lilies are for the resurrection, one of the Mother and one of her blessed son—the King of kings, the Lord of lords.

Thus, long ago devas of these Easter lilies determined to design the flower that would reveal the six-pointed star of David.

I AM the Lord God whose voice you have heard and you now hear!

Angels are singing the praises of the saints.

And you, blessed hearts, are like this calla lily—planning, projecting your purest, most noble manifestation, the apex of the divine life, as the supreme offering of this, for many, the final incarnation.

And until the full glory of the crucifixion and the resurrection, your identity remains unseen, unnoticed—until one day the Lord is walking in the garden, as you have walked with him in his hour of Gethsemane.

And he plucks his own for the ritual of the ascension. 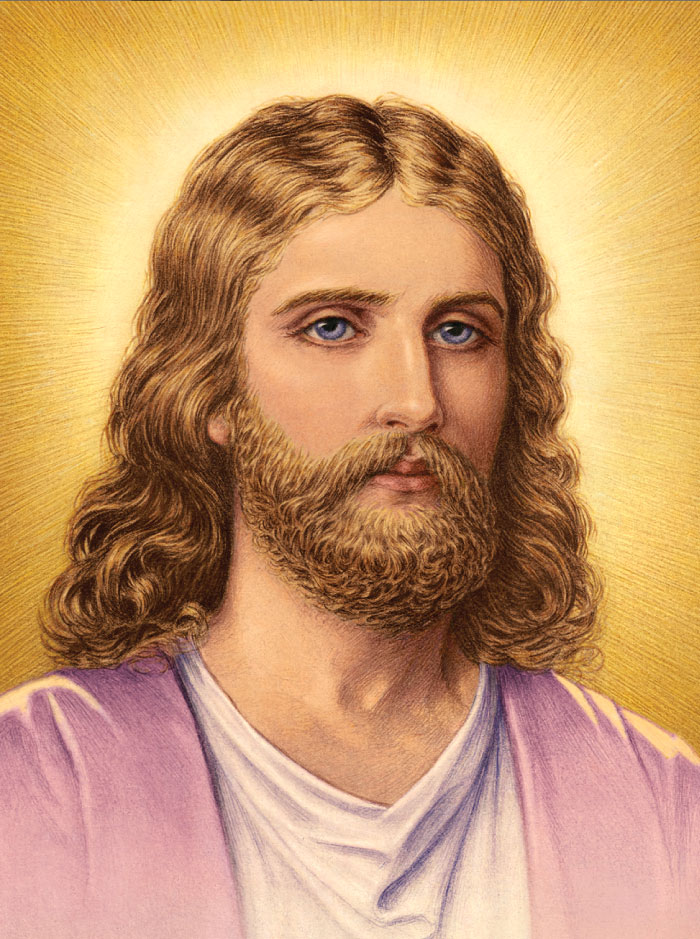 And they sound the annunciation of each initiation—from the immaculate conception of your birth in the heart of Mother to your victorious return.

The birth on earth.

The birth in heaven.

The Buddhic light is the leaven of the Mother flame.

In the Thirty-Three, in the Exalted One, in the Elect One, and in Christus—I AM well pleased.

Will you allow me, now and then, to use your grosser bodies to manifest myself, even as I use the body of the messenger to appear to you?

I trust the dew upon the lily is the Word you speak in your heart:  I do, my Lord Sanat Kumara.

I AM the Eternal Youth by resurrection’s flame, by Spirit, by name, by golden center.

It is the scepter of the Word.

Behold the symbol of Brahman with whom was the Word.

Behold the mystery of Life.

Precious hearts, there is great honor accorded to this elemental who stands, unseen by you, the guardian of his creation.

With angel deva out of sacred fire, a living light is come forth in these gross Matter spheres that you might know this pure candle glow is as easy as the shining of my own.

See how some take for granted the greatest miracle of all life, the flowering of the flowers.

I AM Sanat Kumara
Brahma made One.